Due to serious moderation issues in the existing Facebook UU group “Unitarian Universalism – Faith of the Free“, which saw an influx of outright white nationalists, and a subsequent crackdown on both racist users and users pointing out said racism, a new Facebook group has been created to better introduce people to our living tradition.

“Unitarian Universalism – Embodying Hope For One Another“ is a moderated space that joins with the new UU Discord chat, and a /r/UUReddit community that has new policies against bad-faith debating and hate speech. These spaces are evolving in an attempt to avoid monopolization by individuals showcasing white fragility, and spending their time litigating their grievances with the Unitarian Universalist Association. This sort of discussion does absolutely nothing productive to people curious about Unitarian Universalism, and actively drives away vulnerable and marginalized communities.

I’d like to thank Ellie Valle, a lifelong member of First Parish Needham Unitarian Universalist, for citing my blog series on the pipeline to the Right, Covenants, and Disruptive Behavior Policies, in her July 21st guest sermon at the Parish. The sermon is available on Apple Podcasts here or on their website here. She will be attending the Boston University School of Theology this fall as a Master’s of Divinity student.

She also cites the UUA Commission on Institutional Change (CIC), which, in doing their great work, came across similar patterns of behavior, and proposed similar solutions. Coming from an outsider’s perspective with a limited understanding of the UUA’s investigations into white supremacy, white fragility, and institutional racism within the faith, that I came to similar conclusions strengthens the importance  and relevance of their work.

Please join us in the UU Discord if you’d like to talk about these issues, or anything else that relates to a free and responsible search for truth and meaning.

Building off of my first two posts in this series (Part I and Part II: Feedback and Insight), I will now explore a phenomenon that either is very recent (if you’re of a certain, younger age) or quite old- the unity and fragmentation of UU spaces.

Unitarian Universalism is very congregation-focused. The question I get all the times by people who are curious is “what is a UU service like?” And any long-time UU knows that’s an impossible question to answer before the service. Congregations vary widely between themselves and week-to-week, as guest ministers and special speakers may deviate sharply from routine. The Unitarian Universalist Association gets a lot of focus put on it, both by external parties and individual congregants, but it comes from a very historically weak legacy. David Robinson, in The Unitarians and the Universalists (1985), says that for many decades in the 19th century, the very idea of a national Unitarian organizing force was viewed with profound suspicion. Obviously, things have changed a great deal since then, but congregations are both very idiosyncratic and hold a lot of authority, both day-to-day and in sending delegates to the General Assembly.

Speaking of General Assembly, it serves as one of the few (some may argue, the only) national-scale space for UUs to gather and cross-pollinate. But even it is restricted- most people don’t attend General Assembly in a given year, many never will. And the space, while national in composition, is also a bubble of sorts. The fallout of Rev. Eklof distributing The Gadfly Papers at this year’s Assembly was confused and chaotic to outside observers. Even myself, someone who considers themselves up-to-date on UU matters, who has a call tomorrow with the Boston University School of Theology to explore a divinity degree, could hardly follow what happened. There were notable statements issued, a wide variety of individual reactions spread over social media, but a lot was lost between GA and the larger whole. Answers like whether the minister was disciplined, on what grounds, by whom, and when, were difficult to come across.

So if General Assembly is not a national space in a true sense, let alone for Unitarians, both ex-pats from North America and indigenous Unitarian traditions, that span the Earth, does such a space exist? 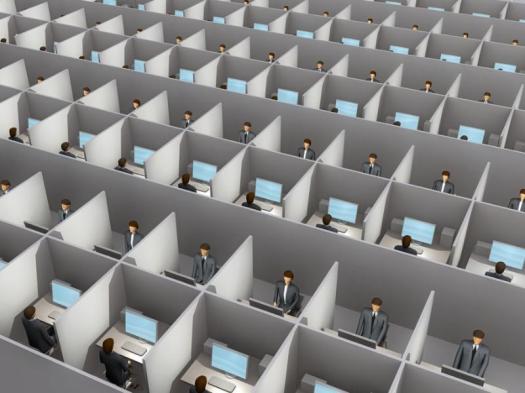 The evolution of the Internet has made large spaces both easier and more difficult to create. In the early Internet, UU and UU-adjacent listservs and Usenet groups were comparatively universal in reach among those online- there was little in the way of competing platforms. Though the reach of the Internet has grown spectacularly in essentially a quarter-century, the rise of competing, proprietary corporate-created social media platforms has fragmented the spaces where Unitarian Universalists discuss the faith. Much of the online population remains on Facebook, where privacy settings tend to keep discussion within certain boundaries. I have very few UU Facebook friends, so most discussion of the religion, for me, comes from public pages like DRUUMM and Black Lives of UU. And even then, like many millennials I spend little time on Facebook compared to other platforms like Twitter, Discord, and Instagram. A lot is being said, but it replicates the congregational structure rather than breaks through it, with the exception of certain individuals whose contacts span multiple areas and churches.

Spaces that could be more inclusive, like Reddit, are now breaking apart rather than coming together. A splinter of the /r/UUReddit community formed this week, in reaction to more stringent rules about hateful conduct and bad faith arguments tactics like sea lioning and ‘just asking questions’. This is not the only splintering of UU space there has been, just the most recent. Fragmentation is born of fragility, especially white fragility. Certain groups are unwilling to move forward and instead retreat backwards towards a mythical, pre-political, pre-anti-racist church.

An attempt is being made by myself and others to reach out, find both old allies and new potential Unitarian Universalists. The UU Discord chat server (join by clicking the invite link here) started from a suggestion on Reddit, but has matured into an autonomous community including ministers, divinity students, lay leaders, congregants, and people who just found out about UUism fifteen minutes ago and have all kinds of questions.  It skews young, as existing Discord users are likely to be podcast listeners or gamers. Recently the Discord launched a Twitch stream, which besides the usual game playthroughs has great potential as a source of new UU content- book clubs, worship services, discussions, and much else can be done streaming for a live audience all over the world.

There are efforts made to make a larger, distinctly UU space. A recurring motif in welcoming new users to the Discord is “why didn’t I know about Unitarian Universalism ten years ago”. There is a need for more visibility, even if UUs will forever shun the kind of door-to-door evangelizing that other faiths practice. People find the faith when they find it, but it could have been a great source of affirmation, comfort, and support had they known about it during prior crisis moments in their lives. This means reaching out, both within and beyond the UU community.

Unitarian Universalism, if active in online spaces, can also be a counter to alt-right radicalization with a voice encouraging principles of equality, inherent worth, and love in our living tradition. If there is no UU content on a platform, that is just more space for the reactionaries- we cannot expect billion-dollar profit-seeking corporations to keep the alt-right in check. We must be active directly.

As Mario Savio implored to humankind, both then and now, on the steps of Sproul Hall at UC Berkeley in 1964:

It is unlikely that a vote or a petition will shut down the alt-right pipeline.

I began writing this blog, now called Unspoken Politics, on March 30, 2012. Since then, the blog has averaged two posts a week.

Number of posts by year

Moving to a four-year university has reduced the flow of new content- not necessarily because I have less time, more that my work now includes a lot more writing that is similar to this blog. Anyways, this is a welcome milestone, and I hope the next year has a noticeable increase in traffic and wider exposure.

Thanks to all who have read some part of this blog in 2014. Though this isn’t a blockbuster website, traffic did quadruple from 2013, which itself quadrupled from 2012. There is now a fairly active Twitter account tied to the blog (@MackayUnspoken), and almost 300 people subscribe through WordPress.

More content in 2015. There’s still chaos in central Africa, eastern Ukraine, and the Rohingya areas of Myanmar. Mass protests have stalled in Hong Kong, while radical left-wing party are on the brink of seizing power in Greece and Spain. We still live in an age of austerity, growing inequity, and environmental disaster. There is so much more to write about, because so much lies beyond the scope of cable news and social media. Immense problems need radical solutions.

Take care, looking forward to all this.

A New York City subway train holds 1,200 people. This blog was viewed about 8,100 times in 2014. If it were a NYC subway train, it would take about 7 trips to carry that many people.

This is a rambling meta post, because on occasion it feels like the right time to talk shop.

One thing that has become much easier and cheaper to figure out in recent years, when writing a blog, is how much traffic you are getting and where it is coming from. WordPress gives you a statistics page that captures both incoming and outgoing traffic, and gives you a good sense of even minor developments. For instance, daily traffic is given in both views and visitors. At least in a blog like that the two tend to be the same or close together. If there’s a lot of views with not many visitors, you know someone is binge-reading your blog for whatever reason. A strange sense of pride results.

Having so much information can cause an identity crisis of sorts, though. In the past year, traffic here has risen considerably. Though not very high compared to mainstream blogs, July 2014 will end up being about 250% the traffic of September 2013. Unspoken Politics has gone from a writing exercise with very little traffic to a healthy enterprise.

What the metrics tell me- views, likes, subscriptions- is that the things I get the most fun out of writing isn’t what gets new readers. I’ve tried to make the core of this website fact-based analysis of current events. Below that, the odd polemic is pretty refreshing. Tier three is poetry and news photography, which gets way more attention than the previous two. Not that I don’t like writing poetry, it’s a great way to work on certain writing skills that could always use practice, but it’s a side gig. The reason poetry showed up to begin with is that I didn’t want the site to lie dormant when I didn’t have the time or will to post a substantive prose piece.

This is a State of the Union, I suppose. The blog is doing better each month, the content seems to be well-received, and this endeavor will continue. If I end up doing a college radio show this fall, there may be some new stuff about music. We’ll see.

Today is the release of the first episode of Unspoken Politics Radio. It’s very much an alpha, I don’t have any prior experience and the sound quality is difficult to get. I hope to have other people on in the future so I have someone to talk to.

Episode is half about the ending of fighting in Homs, Syria, the other half is about flaws in the death penalty and justice system.