The sandy atoll,
a thousand leagues
from a weak, tenuous somewhere
barren, where even scrub-grass
dares not open a new franchise
and all a man, shipwrecked,
has for company
is his own mortality

It’s common to hear those living with a mental illness to refer to normalcy. They may even wish to be normal. In my teens I was part of that camp; bipolar disorder was isolating, isolation being the common denominator of all mental conditions.

But then, the thought drums at the back of your skull. It grows until you have to face it – what on earth is ‘normal’? What are its characteristics, and why have I aspired to be it?

Really, when people have some kind of isolating characteristic, they aspire towards a statistical concept. Normal is the mean, or the median. It’s not a real, tangible thing. It’s like the all-American family with their 2.4 children. The 2.4 can’t be applied to a single, ‘normal’ family. And all these normal, average metrics are just a combination of variation, and include extremes. 2.4 is averaged from many zeroes, along with reality-show families with two dozen kids.

In the end, I am normal. I’m a part of the average, with a lot of people like me and a bunch that are totally different. Dysfunction and function exist in a complicated relationship – what is weird or immoral varies over space and time. Ask the next ten people you talk to if they can define what ‘normal’ is to them. You’ll get >1 ideas from that sample.

Part of ending the pain of isolation is to end self-isolation- in which people define themselves as outside certain boundaries and barriers. These barriers can be real and tangible, but they are also self-assigned. Even if certain legal and economic obstacles are removed in the struggle for racial equality, people must emerge from those feelings of inferiority or superiority that came with those policies. Just because those with mental illnesses don’t get locked up for decades at a time that often doesn’t mean the separation ceases to exist. 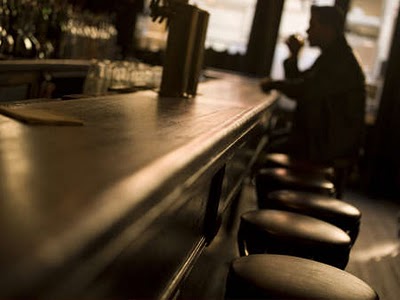 Fun?
Disappointing?
Forgotten, really
the stenographer
erases
the night before;
bourbon as
a burning salve
to an open wound
lying deep
where demons dwell
where the mind wishes to forget

Saturday afternoon I joined a group of about 150 protestors gathered to stand in solidarity with thousands of prisoners who have spent some (or in about forty cases, all) of the past 43 days on a hunger strike in protest of barbaric conditions in isolation. At the start, over 30,000 prisoners refused food- about a quarter of the entire state prison population.

The unified demands from all the groups in different prisons are both few and reasonable (http://prisonerhungerstrikesolidarity.wordpress.com/the-prisoners-demands-2/). In fact, I assume most people who don’t pay attention to prison policy would think they had already been met. They have not. Other groups have more specific or location-relevant demands- Pelican Bay has forty additional demands.

This is the sign I made. Mass incarceration (the highest rate in the world) and mass injustice in prisons leads to one obvious course of action- resistance and protest on a mass scale.