Here I stand;
As saplings flap and dance in speckled light;
Then grow coarse and woody;
And become the blue-gray sentinels that watch, silent;

Here I stand;
As the cliffside smarts;
When the salted fists crash against its rocky skin;
And the crags wear smooth;
Reaching old age as but pebbles;

Here I stand;
As the old mill, long closed and shuttered;
Creaks and groans in a crescendo;
Consumed by a creeping rust, until nothing remains;

Here I stand;
As the stars extinguish, one by one;
The sky grows unfamiliar;
All that has is gone and done;
And yet, here I stand;

I think the issue of bad and expensive public transportation was the last straw…But what bothers me even more is that our government isn’t providing for us more generally. Not in schools. Not in hospitals. We have huge levels of social inequality and violence.

Quote comes from a story in the Los Angeles Times.

In Turkey, it was redevelopment eliminating green space. In Brazil, it was a transit fare hike. These are the vanguard issues, the ones that break people out of complacency. The hundreds of thousands of people are not there solely because the bus is more expensive- they come together in dozens of cities because they feel the government has failed them.

Turkey is in part about the past- the feeling that Prime Minister Erdogan has eroded at the foundation built by Mustafa Kemal Ataturk almost a century ago. In Brazil, it is about a future promised but not delivered on. Much like Hugo Chavez, Evo Morales, and other South America leaders, the Workers’ Party has been kept in power through a bold anti-poverty pledge. That poverty is down, but few other issues are resolved- education, transit, infrastructure, crime, inequality- has indicated to many that the party has either slowed down their promise, or stopped entirely. The huge investments in the Confederations Cup, the World Cup, and then the Summer Olympics amplify what is seen as a lack of investment in ordinary people.

Americans are often mad when cities build sports stadiums for private teams- often costing hundreds of millions of dollars. But what if we also had a poverty rate, illiteracy rate, and crime rate like Brazil? It would be enough to riot over. And Brazil is. 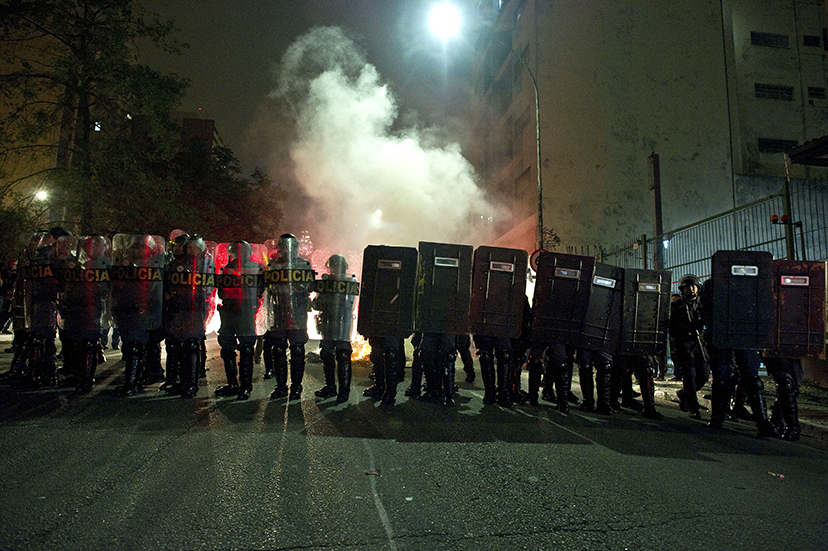 The theme is emerging- a small protest is met with a draconian response. In Istanbul it was a small park slated for redevelopment. In Brazil it’s a fare increase on public transpiration.

It’d be silly to say these small issues lead to such fierce protesting down the road. But a harsh police response (point-blank pepper spray, water cannons, huge amounts of tear gas) can open a much larger, more powerful resentment.

In Turkey, it was the feeling by some that PM Erdogan has become autocratic and unfair. In Brazil, it is that the police are deeply corrupt, and the country wishes to build massive soccer stadiums rather than help its people.

Who will be next?