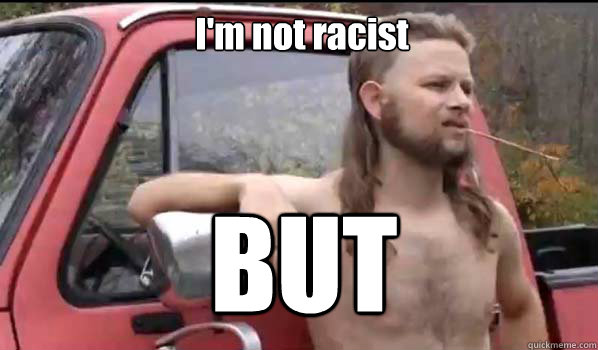 The new poll that finds almost half of UKIP voters admit to racial prejudice, but a large chunk of those don’t believe themselves to be racist. This goes beyond voters to the many UKIP officials at the local level who have been expelled for racist views, like Rozanne Duncan this month. Again, she says she’s not racist despite not apologizing for what she said.

This seems to be part of the larger devaluation of words in political discourse. If one can admit openly to prejudice but deny they are racist, the whole debate on what constitutes a racist loses its mooring and floats in the void.

Even more extreme individuals use terms like “racialist” or “racial realist” to describe themselves. People who use race to structure their view, and value one conception of race above another, find the word too toxic to apply. This is why language keeps migrating- political correctness has changed over the decades in part because terms gain toxicity from being used as insults, necessitating new, previously unused language. Racist is used as an insult in a way that racialist is not, because racialist was more or less invented in recent times. In that sense, words gain new meaning over time- and what constitutes a racist seems to change by the year. Apparently UKIP voters aren’t racist- they’re some new, replacement word.

One thought on “If not racist, what? If not now, when?”