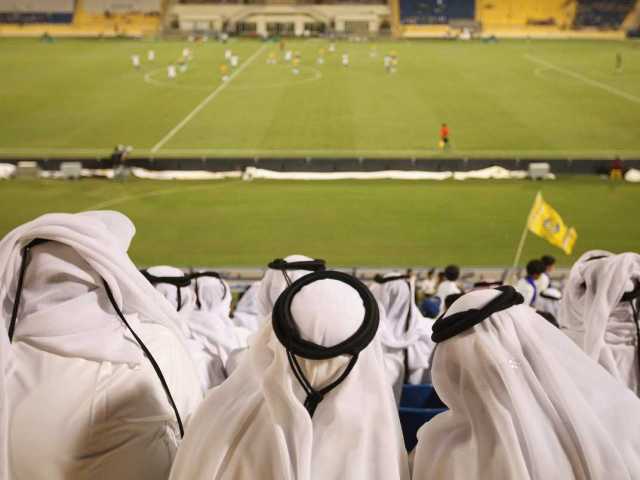 If you remember back a decade ago, there was quite a lot of discussion about the idea that awarding the Olympics to Beijing was perhaps unwise. These huge global events- in particular the World Cup and the Summer Olympics- give a country ample opportunity to sell a particular version of their country. China got to show the sheer size and effort they put into the Games, while omitting anything about their treatment of journalists, religious minorities, and pro-democracy protesters.

This is an old argument, but the slate of hosts in the next decade- Russia for the 2014 Winter Olympics, then the 2018 World Cup, then Qatar for the 2022 World Cup- brings the debate to the forefront again. The anti-gay measures enacted by Russia have made Western liberal democracies furious, and the power they wield over journalists in the country during the Games is considerable- in 2008 quite a few topics were simply off the table by contract. Host countries are in many cases above criticism.

Qatar is only a couple years into its long path to 2022, but the whole process has been ignominious. The World Cup selection process has been bogged down by charges of corruption going back decades , and the tiny, incredibly wealthy petro-state getting the nod is, to put it lightly, deeply suspicious. The list of various complaints about Qatar is long and substantial. Now the focus is on the labor conditions in the Gulf state. A union official states:

“Young healthy men are being worked to death in Qatar. Scores are dying from heat exhaustion and dehydration after 12-hour shifts in blazing heat, often during the night in the squalid and cramped labour camps with no ventilation and appalling hygiene.”

Appalling guest worker conditions should not be new to informed individuals- they have been reported on for years now. It’s the dark side of the majesty- all these spectacular buildings in Dubai, Abu Dhabi, Bahrain and Qatar are created by hundreds of thousands of foreign workers who are mistreated and forbidden to leave the country without permission. Some may say the term ‘slavery’ is excessive, but it is certainly feudal.

The European Parliament has passed a resolution condemning the labor standards, and will be sending a delegation there shortly. The workers under the same system in neighboring countries should not be ignored. To varying degrees Europe, the United States and East Asia are complicit in these labor conditions. Just like our demand for cheap shirts was one reason for the horrible factory collapses in Bangladesh, companies in Western countries helped finance these huge construction projects. And FIFA, which has its nexus of power in Europe, decided to give Qatar the biggest tournament on Earth.

In the end, though, isn’t it just about what country can put on the best show? Labor conditions, human rights…it’s either irrelevant to the showcase, or far more important. Depends what you value, and when and where you value it.

One thought on “Complicit in exploitation: labor standards in the Gulf and the West”