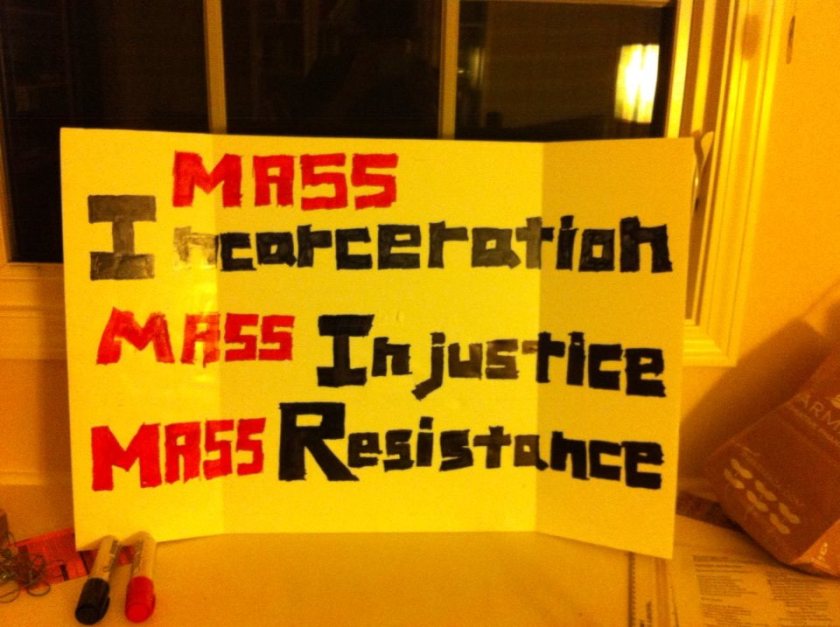 Saturday afternoon I joined a group of about 150 protestors gathered to stand in solidarity with thousands of prisoners who have spent some (or in about forty cases, all) of the past 43 days on a hunger strike in protest of barbaric conditions in isolation. At the start, over 30,000 prisoners refused food- about a quarter of the entire state prison population.

The unified demands from all the groups in different prisons are both few and reasonable (http://prisonerhungerstrikesolidarity.wordpress.com/the-prisoners-demands-2/). In fact, I assume most people who don’t pay attention to prison policy would think they had already been met. They have not. Other groups have more specific or location-relevant demands- Pelican Bay has forty additional demands.

This is the sign I made. Mass incarceration (the highest rate in the world) and mass injustice in prisons leads to one obvious course of action- resistance and protest on a mass scale.

One thought on “Standing up to torture in California”