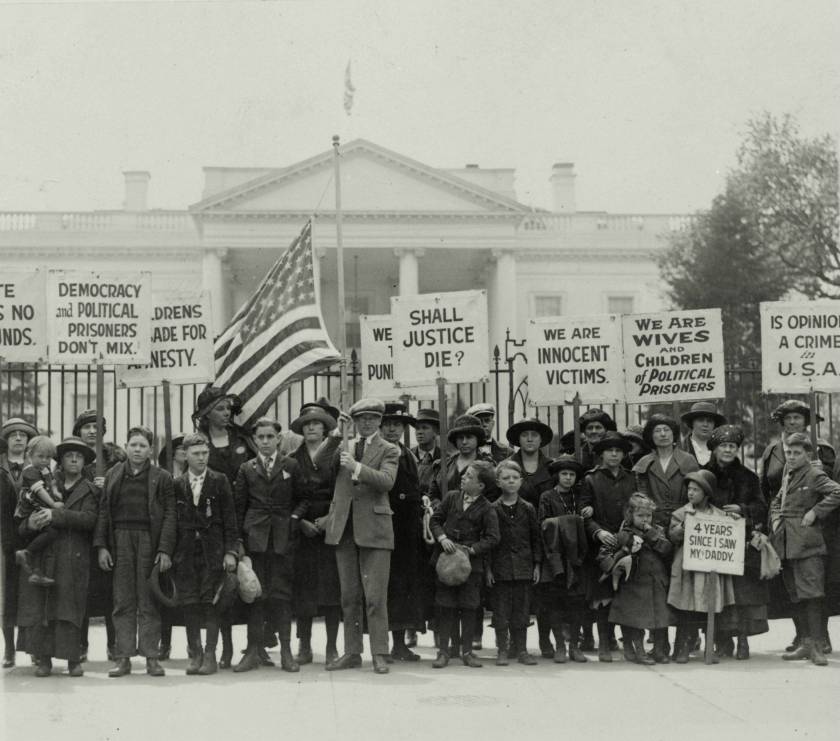 Last Tuesday, Bradley Manning, the soldier who leaked documents about the US wars in Afghanistan and Iraq, was found guilty of 17 different counts in a military tribunal. Several charges came from the Espionage Act of 1917, which traditionally covered spying rather than leaking of this type (to the media rather than enemy states).

Pictured is a 1922 protest against the Espionage Act, which had been used against many anti-war leftists- who these protestors considered political prisoners.