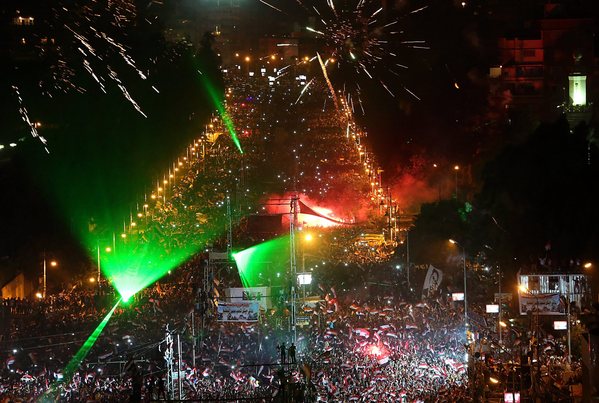 Muhammad Morsi has been overthrown by the military. The controversial president of Egypt was elected in the aftermath of the 2011 revolution that removed Hosni Mubarak. This marks the second military-led change of power in as many years- the first to remove an unelected autocrat, the second a democratically-elected but unpopular successor. There also appears to be a concurrent roundup of major Muslim Brotherhood leaders by the military. The extent of military action into politics and the length that it will suspend the constitution for remains to be seen.

The question is, then, whether this is fresh start for the politics of Egypt, or a trend of popular government alternating with military control. Several countries have been unable to link together peaceful and democratic transfers of power- the history of Bangladesh and Pakistan is one of civilian governments being cut short by military coup. Nigeria was able to do such a transfer in 2007, after close to fifty years of instability and autocratic rule.

The relationship between most people and the military seems to be positive and strong, as Tahrir was home to chants of “The people and the army are one hand!” However, each one of these actions will be sure to alienate sections of the electorate- Morsi’s support was significant and the Muslim Brotherhood historically important in Egyptian politics.

A question to meditate on is what political and religious liberals should think of these events. Some Egyptian liberals celebrated the removal of Morsi, but does such a precedent mean elected liberal leaders may also face a military takeover as well? Morsi’s defenders emphasize his “legitimacy”- what makes a head of state in this context legitimate?

With the constitution suspended, it looks like there may be another long process of rewriting the structure of Egyptian government. The documents are a cornerstone of the controversy- whether the president is given too much power, and whether civil rights are given enough protection. It is to be seen if Egypt in the coming month has a stronger foundation to work upon, or if it is weak and unstable already.